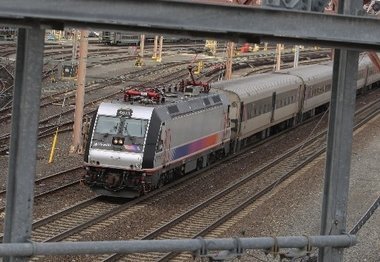 According to NJT spokeswoman Lisa Torbic, the man was identified as Alexander D. Plaza of North Plainfield.

Torbic said Plaza was fatally struck around 11:30 p.m. on Friday.

Torbic said NJ Transit is not yet sure how Plaza got on the tracks but that they are reviewing surveillance footage as part of the investigation.

She said the train that struck Plaza was heading to New York City from Long Branch and had 54 passengers and crew members on board. No one on the train was injured, Torbic said.

Plaza graduated from North Plainfield High School in 2009 and played for the school’s baseball team.

“It’s a tremendous loss. Everyone who knew him loved him,” former North Plainfield baseball coach Brian Moody told MyCentralJersey.com. “It’s heart wrenching. No one deserves to die that young.”