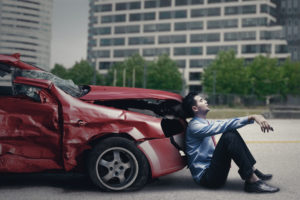 A man recently experienced a diabetic emergency while driving his car, which caused him to crash his car through the wall at a local trampoline park in Allendale, New Jersey.

The crash resulted in the Sky Zone Trampoline Park being evacuated in what was sure to be a scary incident. Thankfully, no one inside of the trampoline park was injured as the area by the wall where the crash occurred was unoccupied. There were three occupants in the car at the time of the crash. The granddaughter of the driver and the passenger were both uninjured, and while the driver was uninjured in the crash, he was taken to the hospital for the diabetic emergency he suffered. The structural integrity of the building was found not to be harmed, and so the trampoline park was reopened shortly after the crash.

Accidents happen, and often, there’s not much that you, or anyone else, could have done to prevent it from happening in the moment. After being involved in a car accident due to the negligence of another driver, protecting yourself with a personal injury attorney is a smart bet. The insurance company’s main priority is themselves, and you need someone that will protect you during this process to ensure you receive what you deserve from your accident. Contact attorney Karim Arzadi at CourtLaw today to discuss your personal injury case.