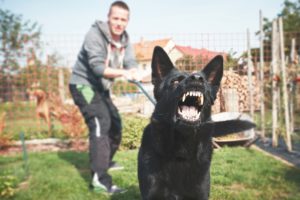 Dog bite injuries can be devastating to those that suffer from them. One such case resulted in five people being attacked and the dog being euthanized in Neptune City earlier in 2017.

Dog Attacks Family One Day After Being Adopted

The dog was given to the family just the day before the new owners were attacked. A 10-year-old boy was bitten on the arm after his uncle had opened a bedroom door to show him the new dog, and both the boy’s uncle and mother were attacked at this time. In a rush to get away from the dog, the apartment door was opened, and the dog then severely attacked another woman in the parking lot. This woman had only recently taken her young daughter to daycare at another apartment unit and worried that if the timing had been just a bit differently that her one-year-old may have been harmed.

Many shelters and animal rescue groups do due diligence to test the animals that they are placing because they don’t know the history of the dog that has come to them as a surrender or a stray. Even with this happening, there are instances of dog bites happening. In this case, the dog’s history is not unknown. The owner was a friend of the boy’s uncle and gave him the dog because it had bitten his wife two days prior. It’s unknown whether the uncle was aware that this had occurred.

Not All Dog Bites Are Newsworthy

Dog bites can be physically and mentally traumatic. Everyone in this instance has healed physically from the dog attack, but the attack has left them with medical bills and potentially emotional trauma. Most dog bites don’t make the news, so it can be easy to think that it hardly happens. The truth is that dog bites can be a common occurrence. If a dog has bitten you, contact attorney Karim Arzadi at CourtLaw today to talk about your legal recourse.