How To Spot A Reckless Driver in Newark, NJ

Home / Blog / How To Spot A Reckless Driver in Newark, NJ 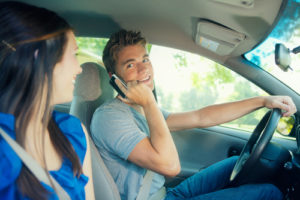 Reckless drivers pose a significant risk of danger to others on the road. In fact, the United States Department of Transportation reported that, of the 47,402 car accident-related fatalities that occurred in the United States in 2016, 24,861 fatalities were due to the reckless driving exhibited by at least one of the parties involved in the crashes. For this reason, it is important that you are kept apprised of the signs of reckless driving so that you can try to avoid these kinds of drivers on the road, and thereby avoid a potential catastrophic collision. You can spot reckless drivers by observing and determining whether they exhibit one or more of the driving behaviors listed below.

Reckless drivers may disregard the speed limits established for particular roadways and drive at a faster rate of speed than is permitted by law. While you may observe this behavior on a daily basis, many people fail to appreciate that speed limits are designated to specific roadways after taking into consideration the latent and patent dangers that roadway presents. Accordingly, if drivers travel faster than the speed limit, they are more susceptible to falling prey to the dangers presented by the roadway, and, consequently, may be more likely to cause a car accident than a speed limit-abiding driver.

Oftentimes, those drivers that speed typically follow other cars too closely. Following other vehicles too closely or “tailgating” is a sign that a driver is engaging in a reckless driving behavior. This is because those that follow other vehicles too closely do not provide enough space for them to stop their vehicle if a sudden stop is necessary. Consequently, if a driver engages in tailgating around you, it is advisable that you take measures to move away from the vicinity of that vehicle because the driver may either rear-end you due to their inability to stop in time without crashing or cause you to rear-end them due to their failure to give you adequate warning that they are coming to a stop.

Those who engage in reckless driving often frequently and rapidly change driving lanes. Engaging in this behavior is dangerous because the driver may make a mistake in gauging the distance between their car and others close by. This miscalculation in the relative proximity between the cars on the road can lead the driver who performs frequent and rapid driving lane-changes to cause accidents with responsible drivers.

Another behavior reckless drivers may engage in is failing to stop at stop signs or red lights. Failure to stop at these traffic control devices can cause the driver to not see oncoming traffic and cause accidents with said oncoming traffic. These kinds of accidents can be particularly devastating because the offending car is often moving much faster than the law-abiding driver as they work their way through the intersection.

Similar to performing frequent and rapid driving lane changes, a driver can also be deemed reckless by engaging in distracted driving. One way to spot a distracted driver is to observe whether the driver is swerving between lanes or going over the lines in the lane in which they are currently driving. This behavior usually occurs when drivers are either under the influence of drugs and/or alcohol or are driving while using their cell phones.

Did you or a loved one sustain serious injuries due to a reckless driving car accident in New Jersey? Don’t let the medical bills pile up while you wait for the negligent party, or their insurance company, to do the right thing. Right now, you need an aggressive personal injury attorney on your side, fighting to get you the compensation you need, want, and deserve. The skilled attorneys at CourtLaw represent clients injured because of reckless driving accidents in Union County, Essex County, Hudson County, and throughout New Jersey. Call (732) 442-5900 or fill out our online contact form to schedule a free consultation about your case. We have an office conveniently located at 163 Market Street, Perth Amboy, NJ 08861, as well as our other office locations in:

The articles on this blog are for informative purposes only and are no substitute for legal advice or an attorney-client relationship. If you are seeking legal advice, please contact our law firm directly.