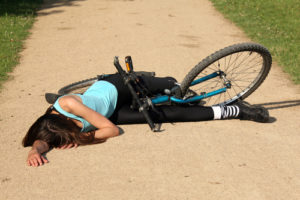 In late June of 2017, a teacher was biking down a hill when she lost control of her bike, receiving fatal injuries.

In Hawthorne, New Jersey, a school teacher was riding down one of her biking routes, when she began going a little too fast. As she was going down a steep hill, she realized it was too late to stop the bike. Upon hitting the brakes in an attempt to gain control, she was flipped over the handlebars and thrown on the ground.

She was still alive at the time that the medics arrived on the scene, but when she made it to the hospital, she passed away due to her injuries.

Police have made it clear she was completely free of any type of intoxication, though there have been no releases as to whether or not she was wearing a helmet at the time of the crash. Other factors are also still unknown, such as if there were any conditions on the road that led to the accident. It is not suspected that anyone else was involved in the accident, though, it remains under investigation.

It is not uncommon for bicycle accidents to go unheard of. However, simply because they don’t happen as frequently as other types of accidents does not mean that they are any less dangerous than an accident involving a motor vehicle. In fact, many bike accidents do involve cars, which can end up being fatal. Wearing a helmet at all times can highly reduce the chance of a serious injury, and increases the chances of surviving a serious accident.

If you or someone you know has recently been injured or killed in a bicycling accident, contact attorney Karim Arzadi at CourtLaw today. Our team has some of the most highly qualified bicycle accident attorneys in all of New Jersey. Our team will work tirelessly to make sure you get the compensation you deserve. Contact our offices today for a consultation.